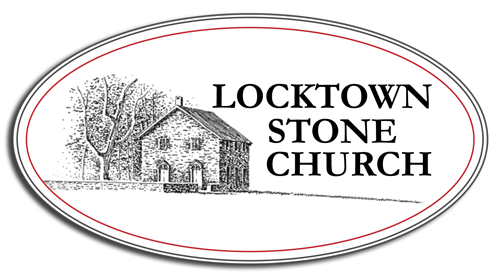 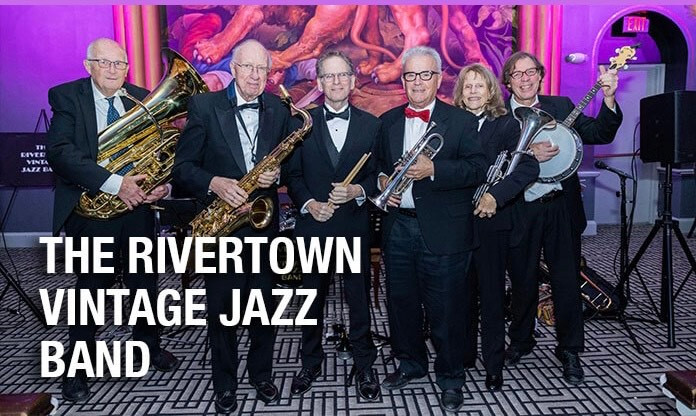 Cornetist Scott Ricketts holds high his hundred year old horn and says, “We play vintage tunes on vintage instruments by vintage players.” The music is a mix of old time New Orleans and Chicago jazz favorites plus a rich collection of dance tunes from the 1920 ’and 30’s- a fond and friendly tip of the hat to Bix Beiderbecke, Bing Crosby, Paul Whiteman and Duke Ellington. These old dance tunes have been fashioned for six players by Ricketts who sits up nights writing arrangements for the band. He employs an elegant and deft touch in shaping the 6 voices of the small group to capture the big sound, flavor and tone of the larger ensembles. Ricketts was born in Bethlehem, PA, played trumpet in rock bands and big bands. Took up trad jazz in the 90s. Studies arranging with Jazz greats Dan Barrett, Jay Rattman, Jon-Erik Kellso. He plays in NYC with the Stan Rubin Tigertown 5, Terry Waldo’s Gotham City Band, and The Hot Papas Jazz Band.

Rod Anderson plays clarinet and tenor sax. He was born in South Dakota, came to New York to work as a patent attorney for Bell Labs and ATT. …and to be able to frequent the jazz clubs that flourished there in the 1950’s. For 30 years he played with the “Elusive Eleven,” a society dance band out of Summit, NJ. He lives in Princeton, and studied with the legendary Kenny Davern. He also leads a band of own called Magnolia.

Henry Dale, on the Banjo, also plays a resonator guitar with a shiny steel face, invented in the 1920’s to compete with the louder horns and drums in delta blues bands and country bands. Henry Dale, who lives in Princeton, taught English and social studies in Montgomery Township for 25 years. He sings, plays piano and string bass in half a dozen bands and describes himself as a collector of songs.

Cliff Hochberg, on the drums, plays with a rare combination of explosive fire and tasteful restraint. His drums make real music. He was born in Brooklyn. “My drumming journey took off on February 9, 1964 after seeing the Beatles on the Ed Sullivan Show.” He played professionally for ten years and then became a chiropractor. He lives in Princeton Junction. For many years he was the official town crier for Plainsboro Township and served as a volunteer diver swimming with the sharks at the Aquarium in Camden. A difficult struggle with obesity led him to a program that helped him get rid of the weight and that led him to become a health coach. He loves helping people lose weight and the people he helps love him.

Nancy Kays plays an e-flat tenor horn, an instrument that hasn’t been seen in a jazz band since the very early 1900’s. This has raised some comment and occasional criticism from hidebound traditionalists of the male persuasion. That doesn’t bother Nancy Kays. She grew up in Deposit , NY and has played all kinds of wind instruments since the 4th grade. She sings sassy tunes: Blues My Naughty Sweetie Gives To Me and There Ain’t No Sweet Man Worth The Salt Of My Tears. Nancy Kays is a retired psychotherapist.

Tom Spain, on the tuba, says he took up the instrument because it would be easy to play. But he quickly learned it isn’t easy to play well. His tuba’s solid and steady beat, combined with banjo and drums, gives the band a rhythmic pulse that feels right in the gut and makes the feet move. The horn players rely on the guys in the back row –(tuba, banjo, drums) the “kitchen”- to give them a foundation to keep their melodies and solos in tune and in time. Tom Spain is from Morristown, NJ, a retired documentary film maker. “Playing in this band is a dream come true,” he says.

Nancy Kays and Tom Spain started all this when they invited friends for an informal jam session on their porch but it’s become more than that. A Producer from Bucks County Playhouse came by on his bicycle and offered a card, which led to several gigs at the Playhouse. Then came gigs at Federal Twist Winery, The Stockton Market, The Clinton Farmer’s Market, a concert at a church in Cranbury, The

Oldestone Restaurant in New Hope. Cornetist Scott Ricketts says, “It’s been a new and rewarding frontier. It’s amazing where RVJB has gone, or where it may go!”